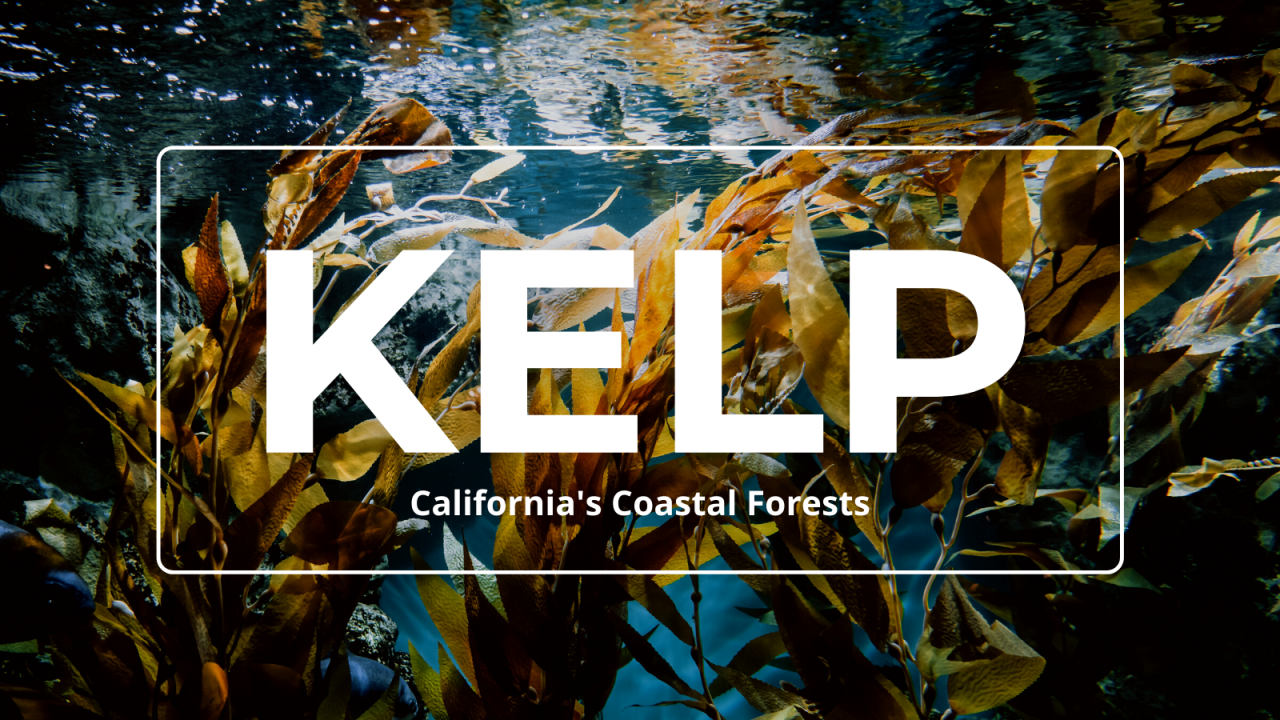 Using science to inform the restoration of California’s underwater forests 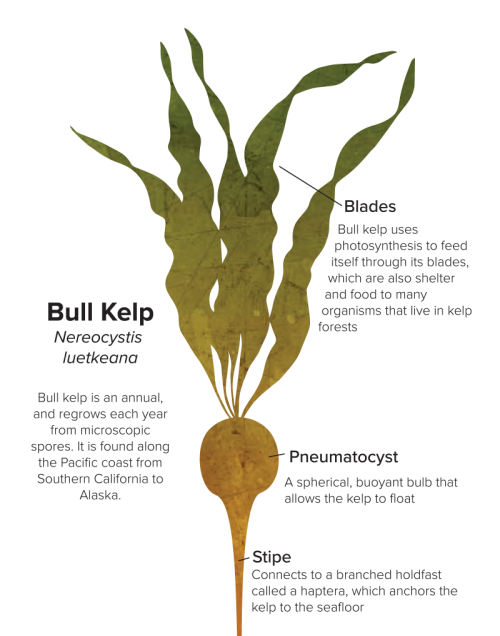 In 2019, Coastal and Marine Sciences Institute researchers documented interacting environmental stressors that led to the precipitous decline in bull kelp: a harmful algal bloom in 2011, a sea star wasting disease in 2013, a marine heatwave from 2014 to 2015, and the ensuing proliferation of purple urchins starting in 2014. Warmer waters both stress kelp and benefit the urchins that eat kelp. Urchins further benefited from the disease outbreak that decimated their main predator, the sunflower sea stars, now locally extinct on the California north coast. The purple urchin population off California’s north coast has increased 60-fold, and kelp in the north coast declined dramatically, by 86-97%. As a result, a barren landscape, similar to the aftermath of clear-cutting trees, has replaced the once abundant kelp forests.

The purple urchins also suppress kelp recovery. As the amount of kelp decreases, the urchins go dormant without food, where they are essentially empty and lack any nutritional value for predators or for fisheries. Dormant urchins do still graze on food if it becomes available, so the persistence of dormant urchins slows down the regrowth of kelp. In contrast to the urchins that can live for over 50 years, bull kelp on the north coast are “annuals” that live one year, and kelp forests re-grow from microscopic spores each year. Therefore, the eventual recovery of kelp forests relies on near-term protection and restoration.

The Importance of Kelp Forests

Kelp forests support California coastal communities in a number of ways. They contribute to ecotourism and support both commercial and recreational fisheries. For instance, the recreational fishing industry for red abalone, which eat kelp, is valued at  $44 million. Because of the lack of food, the abalone are starving. Consequently, the industry experienced a reduction in fishing in 2017 and complete closure in 2018. The commercial fishery for red urchins, a distinct species from the purple urchin that also feeds on kelp, was declared a federal fishing disaster in 2019. In addition, these underwater forests are biodiversity hotspots, associated with a far greater number of species than urchin-dominated barrens.

Discovering the Road to Recovery

The first step of any effort to restore kelp forests is reducing the purple urchin populations. Government agencies, fishery alliances, non-profits, and citizen groups are organizing to harvest urchins. This faces inevitable funding limitations because dormant, empty urchins do not have the “uni” for sushi and purple urchins, unlike the larger red urchins, have no commercial fishery to date. In addition, even if kelp forests thrive again, the sea life communities that depend on them will likely need some help to bounce back. While urchin harvest is underway based on the best available science, scientists and managers face a number of unknowns: given limited resources, what is the optimal urchin harvest strategy in terms of location, intensity, and timing? Can kelp re-seeding, sea star reintroduction, and red abalone reintroduction be successful and improve restoration outcomes? How do different government actions and regulations affect restoration success not just for kelp forests, but also for the people that rely on them?  What restoration actions might most improve resiliency to future marine heatwaves?

CMSI researchers are playing a critical role in developing the science that informs kelp forest restoration, with projects including: 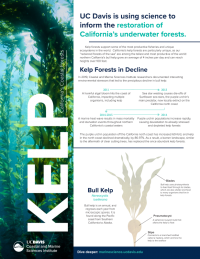 Learn more about our research programs at www.marinescience.ucdavis.edu/research

Donate to the Coastal and Marine Sciences Institute at https://give.ucdavis.edu/BCMS.

Announcing Dr. Alyssa Griffin's appointment as an Assistant Professor in the Department of Earth and Planetary Sciences